During the month of Novemb.er, merchandise in the pro shop will be discounted 25%. Time to stock up for Christmas!
Posted by Unknown at 9:05 AM No comments:

Come take part in the Annual Chili Cook-off at the Tee-Kee Hut Party Pavillion next Saturday, November 2nd, 2019 from 5:00 to closing (sundown)! Free for kids and adults. Meet our miniature goats, Bogey and Chip. Play mini-golf to your heart's content. Most importantly, prepare your favorite chili recipe to enter (no fee) into the chili cook-off! Everyone will get to taste and rate their favorite! The winner will receive bragging rights! There will be lots of food and fun, so come on out and join in the festivities! Open to the public at no cost!
Posted by Unknown at 9:04 AM No comments:

Prep Golf USA to be held in Henderson County Public Schools this Winter!

Dave Sciupider and Kayla Sciupider will be coaching the Prep Golf USA youth instruction program at the elementary schools in Henderson County this winter beginning in February of 2020. Champions Golf Learning Center has done this many times in past years except for the previous two years. Coach Darrell Rogers at Upward Elementary in Flat Rock was very excited to hear this news. He said, "I've missed this program her at Upward and I'm glad to hear it is coming back."
Posted by Unknown at 3:49 PM No comments:

The Caddy Shack Driving Range at 640 Dana Road is now open for business! The sister facility to Champions Golf Learning Center is open from 7:00 a.m. until dusk on Sunday thru Thursday. On Thursday thru Saturday (weather permitting) there are lights on and the range is lit until 11:00 p.m.  The ball vendor is automated and takes cash and atm cards. Call Mary at 828-698-1234 for more information.

Posted by Unknown at 3:45 PM No comments: 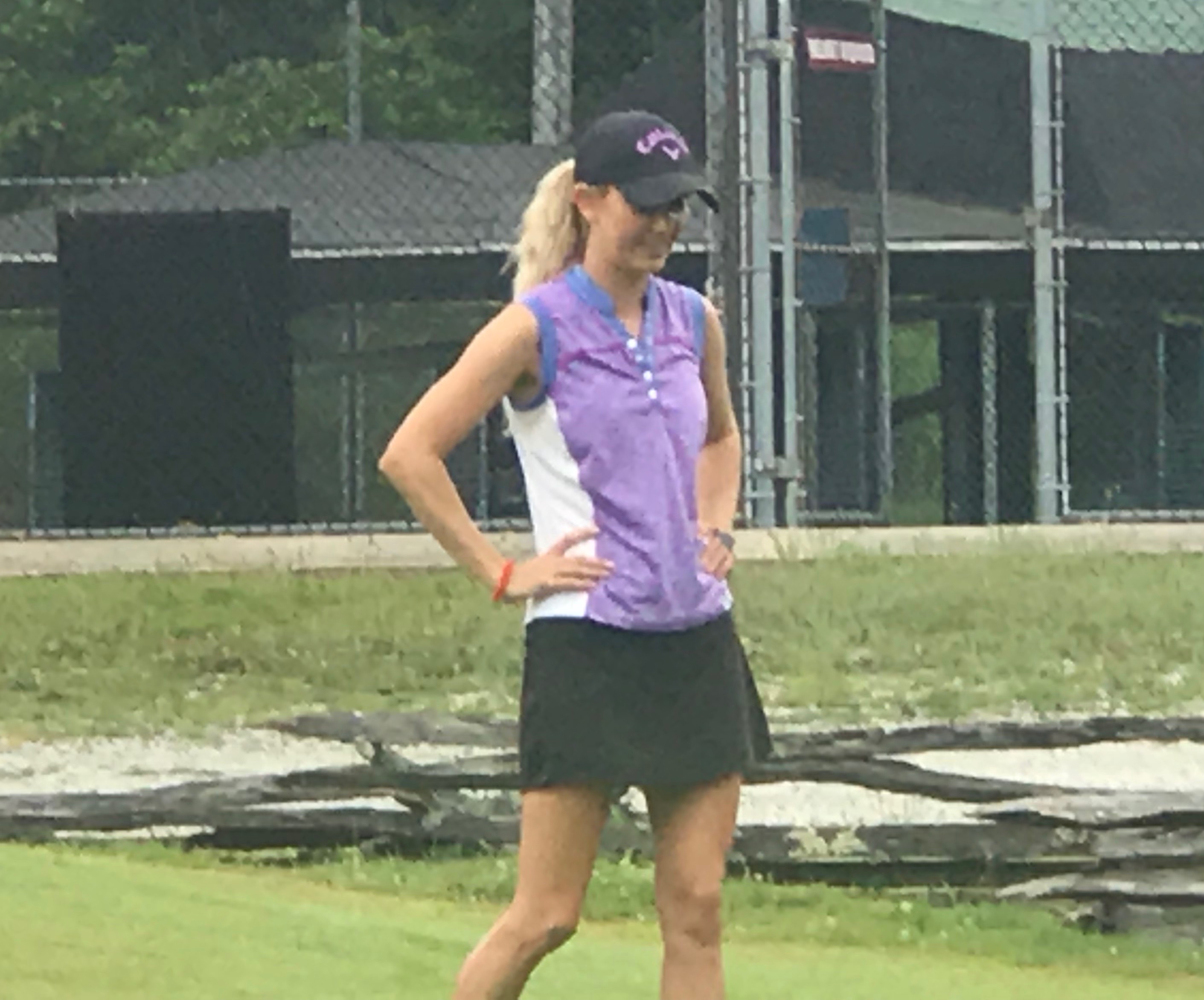 Professional golfer Kayla Sciupider has joined  Champions as a full-time professional. Of course we know Kayla as Dave and Mary's daughter, but you may not know her background. Not only has she brought programs like Operation 36 and First Tee to Champions for both youth and adults, she gives private lessons and continues to play both as an amateur for charities and as a professional. Kayla is much loved by her students both young and adult. See her bio below and, if you would like to schedule a lesson with her, call Mary at 828-698-1234.

Have played in 4 events on the NWGA tour – finished in the money in 3 of the 4. Will be playing Symetra tour, multiple state opens and LPGA Monday qualifiers. 2017 –Played in 11 total NWGA events (National Women’s Golf Association, formerly the Suncoast Florida Tour). Made 9 out of 11 cuts with best finish coming at The Ft Rucker Open - T-3rd. Played in 5 different State Opens – finished in the money 4 times. Shot 66- 72 for low overall score (by a margin of 7 strokes) for PGA playing ability test. Shot 73-72-66-73 (-4) to finish T-25 out of 361 players at first stage of LPGA qualifying school. Played in the second stage of LPGA qualifying. Did not make it to the third stage but will play on the 2018 Symetra Tour along with some NWGA events and State Opens. 2016 - Played in 11 total NWGA events (National Women’s Golf Association, formerly the Suncoast Tour). Earned first paycheck with a T-8th finish at Victoria Hills CC January 2016. Finished 2nd at Gates WC Pro1 Four Country Club in Fayetteville, NC. Ended up finishing in the money in 5 professional events in 2016 Played in first Stage of LPGA Q School and am currently 2017 member of Symetra Tour

Posted by Unknown at 1:54 PM No comments:

Golf professional Kayla Sciupider has brought the national golf program Operation 36 to Champions Golf Learning Facility. This summer, ** people from ages ** to ** participated in the program with Kayla for the ** week program with consisted of weekly clinics and some matches at Crooked Creek Golf Course. The objective is to shoot a score of 36 in 9 holes beginning within 25 yards of the green. Once individual golfers achieve this goal they move back 25 yards and begin at 50 yards from the hole and again try to achieve a score of 36. As the website says, "Start close to the hole, try to shoot 36, and back up!"  Rather than competing with others, golfers are working to improve their skills and challenging themselves. This summer, 45 people, both children and adults participated in the program. Adult participant Jamey Freeman said, "I loved it! My skills improved and I was able to achieve the 100 yard marker by the end of the program. I wasn't intimidated by competing with peers, but I was able to participate and have fun while I improved my score!" A Fall 2019 Operation 36 program has just begun. Learn more by calling Mary at 828-698-1234 or on the website: https://operation36.golf/about-us/ 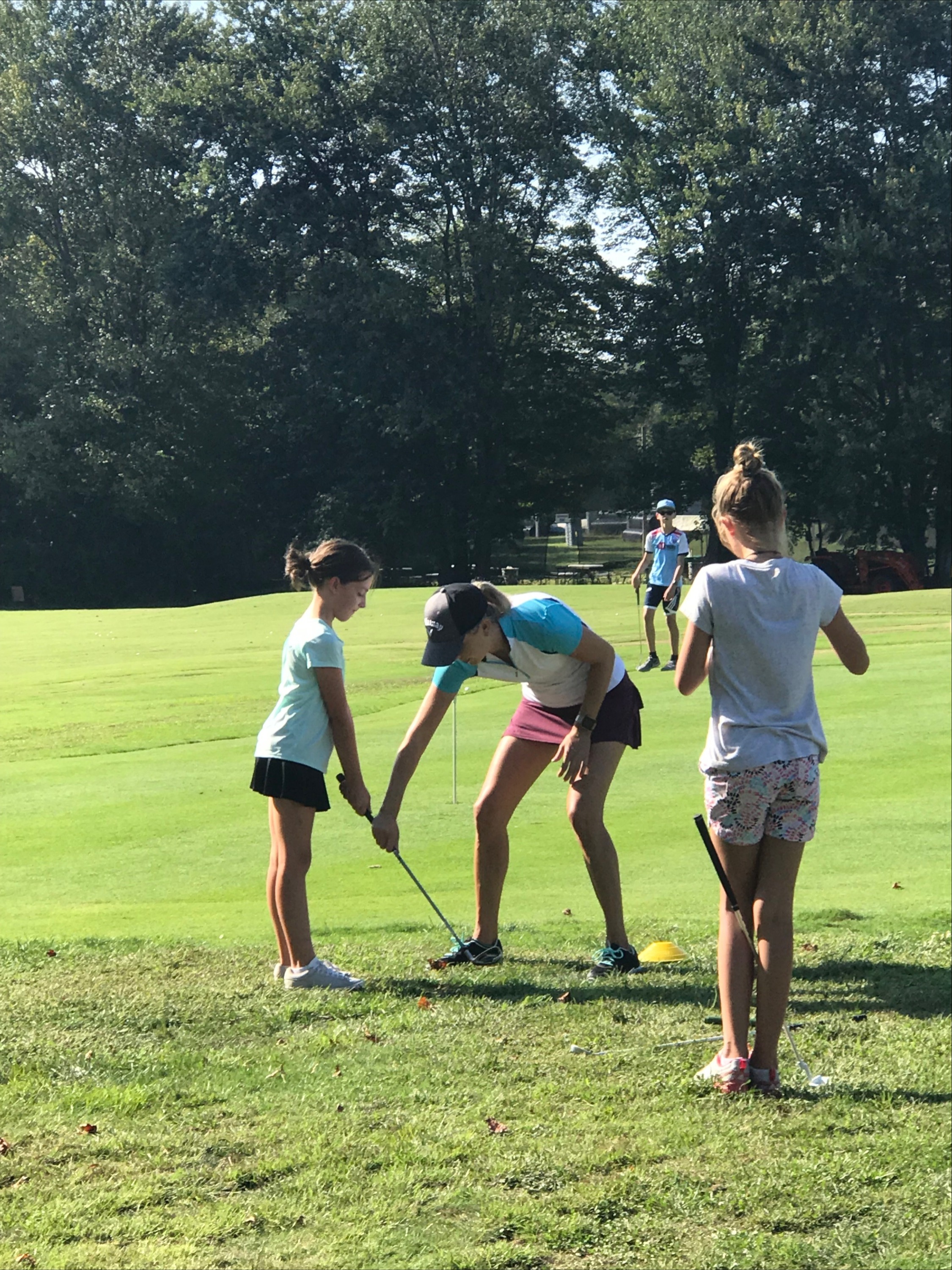 Posted by Unknown at 1:44 PM No comments:

The First Tee national youth golf program has come to Champions Golf Learning Center! The youth program started this past Wednesday, September 18 at the Champions Golf Learning facility on Brookside Camp Rd. Pros Kayla Sciupider and Dave Sciupider are teaching thirteen children from ages 5 to 12 the weekly hour long lesson for 8 weeks.  The program teaches not only golf skills but also life values and safety habits. Along with golf skills, each weekly lesson consists of the overview of one of The First Tee's 9 Core Values and 9 Healthy Habits. We had a great first session. Call us at 828-698-1234 for more information! 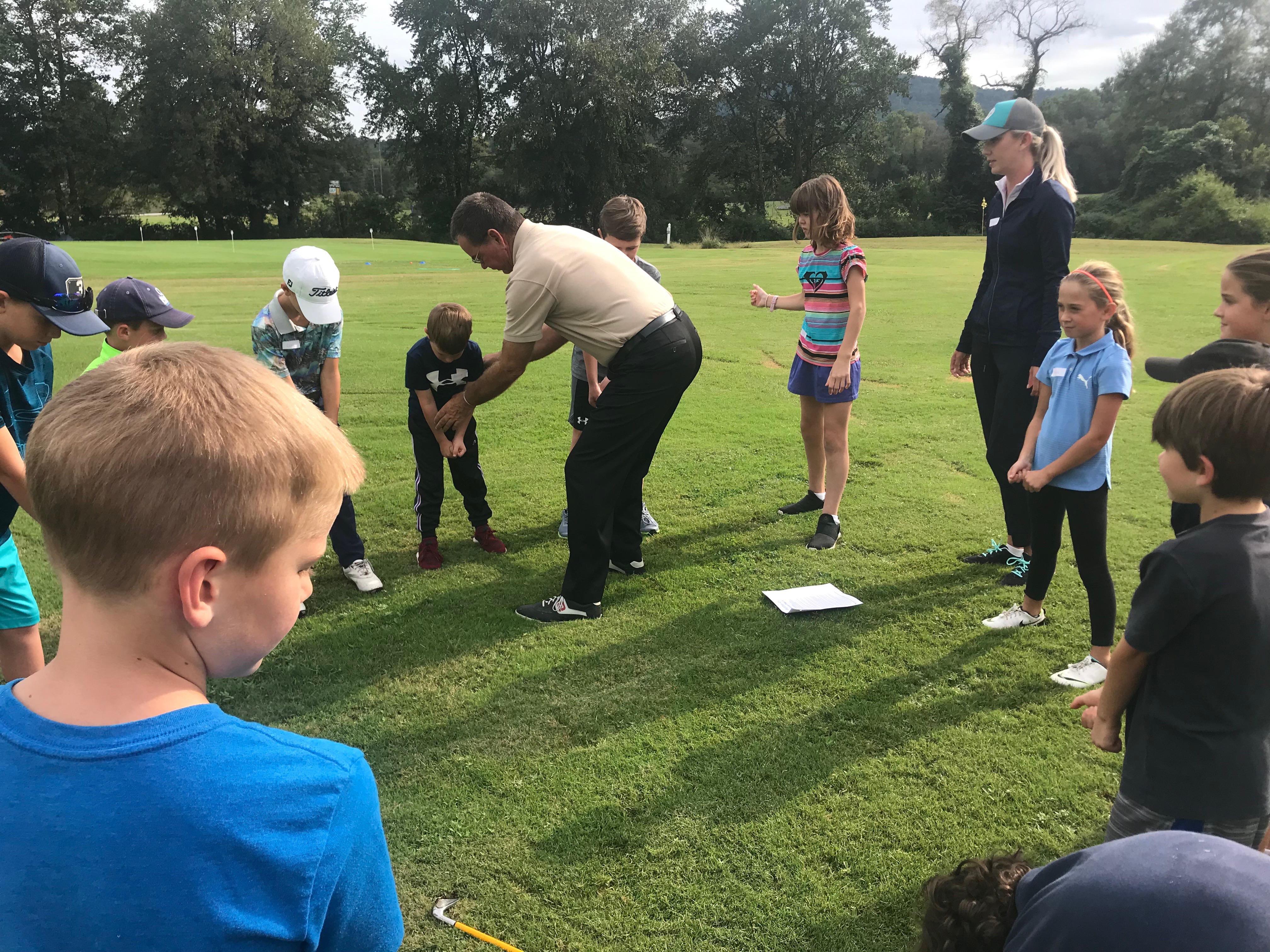 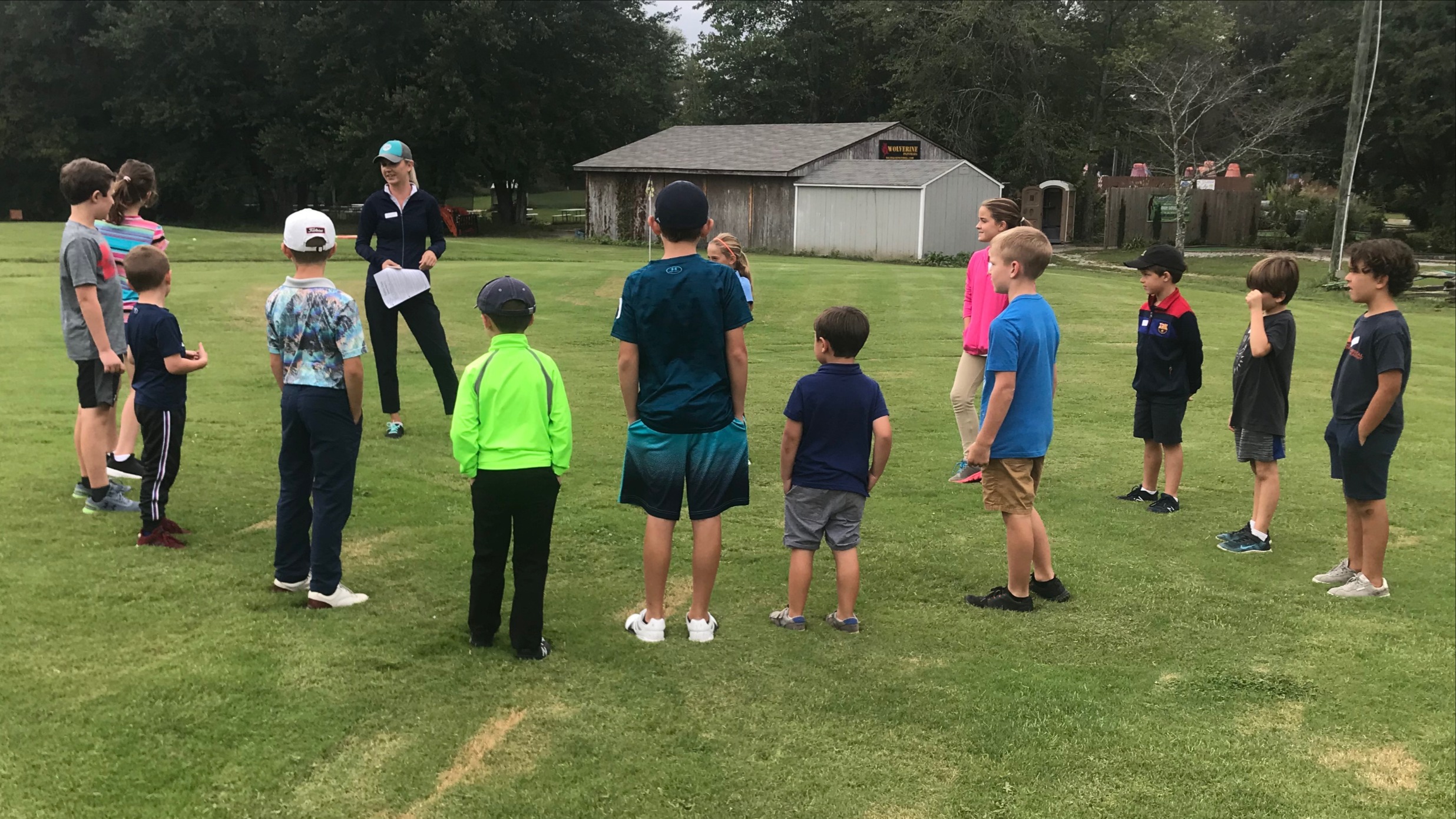 Posted by Unknown at 1:24 PM No comments: